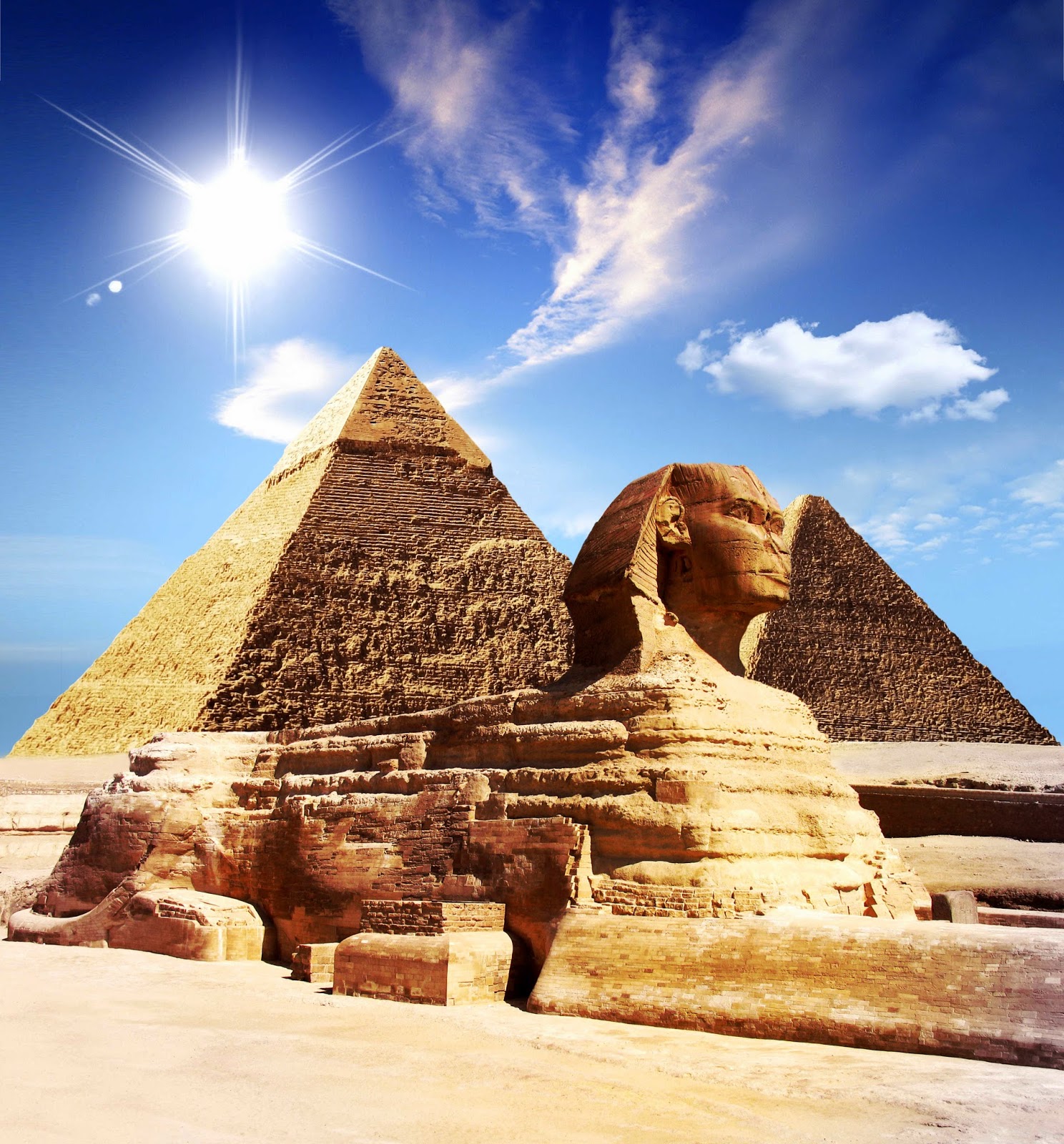 It looked like an arch made out of steps, stepping in, until at the top having only an inch or two for the last block. All the weight of the pyramid was distributed throughout the pyramid.

A corbeled ceiling was a clever way of distributing the weight of the Pyramid. This is a transcript from the video series History of Ancient Egypt.

Watch it now, on The Great Courses Plus. After building an unused Pyramid, Sneferu started building the next one at Dahshur which was called the Bent Pyramid.

It was named so because it started out at a good angle, and while getting to the top, it bent. But there were major problems with that pyramid.

The corners of the Bent Pyramid were built on unstable ground which started shifting. The walls had huge cracks in them which started to move inward.

To keep them from further collapsing, cedars of Lebanon were used to hold the walls apart. A bend at the top was put because it required less stone and was finished faster.

But that pyramid too was abandoned. Red Pyramid was the first true pyramid in the history of the world. Sneferu, the pharaoh, showed the world how to build true pyramids, despite encountering numerous problems.

Sneferu built three pyramids namely, Meidum, Bent , and the Red Pyramid which are believed to be the prominent ones. The red pyramid was the first large true pyramid which was built by Pharaoh Sneferu and that is where he was buried.

It was called the Red Pyramid because when the sun used to shine on it, it looked red. Bent Pyramid started out at a good angle, and while getting to the top, it bent, that is why it is called the Bent Pyramid.

Bent Pyramid was one of the three Pyramids built by Sneferu. Sneferu made several changes to the pyramids for durability.

King Sneferu was considered as an approachable Pharaoh in his time. Image: Juan R. The Bent Pyramid by Sneferu, which was never used. Q: Which Pyramids did Sneferu build?

Q: Which Pyramid was the first true Pyramid? Q: Why was the Red Pyramid called so? Q: Why is the Bent Pyramid Bent? Tombs of early Egyptian kings were bench-shaped mounds called mastabas.

Around B. Like later pyramids, it contains various rooms and passages, including the burial chamber of the king. The transition from the Step Pyramid to a true, smooth-sided pyramid took placed during the reign of King Snefru, founder of the Fourth Dynasty B.

At Medum, a step pyramid was built, then filled in with stone, and covered with a limestone casing. Nearby at Bahshur, construction was begun on a pyramid apparently planned to have smooth sides.

About halfway up, however, the angle of incline decreases from over 51 degrees to about 43 degrees, and the sides rise less steeply, causing it to be known as the Bent Pyramid.

The change in angle was probably made during construction to give the building more stability. Another great pyramid was built at Dahshur with its sides rising at an angle of somewhat over 43 degrees, resulting in a true, but squat looking pyramid.

The largest and most famous of all the pyramids, the Great Pyramid at Giza, was built by Snefru's son, Khufu, known also as Cheops, the later Greek form of his name.

The pyramid's base covered over 13 acres and its sides rose at an angle of 51 degrees 52 minutes and were over feet long.

It originally stood over feet high; today it is feet high. Scientists estimate that its stone blocks average over two tons apiece, with the largest weighing as much as fifteen tons each.

Also located at Giza is the famous Sphinx, a massive statue of a lion with a human head, carved during the time of Khafre. Pyramids did not stand alone but were part of a group of buildings which included temples, chapels, other tombs, and massive walls.

Remnants of funerary boats have also been excavated; the best preserved is at Giza. On the walls of Fifth and Sixth Dynasty pyramids are inscriptions known as the Pyramid Texts, an important source of information about Egyptian religion.

The scarcity of ancient records, however, makes it difficult to be sure of the uses of all the buildings in the pyramid complex or the exact burial procedures.

It is thought that the king's body was brought by boat up the Nile to the pyramid site and probably mummified in the Valley Temple before being placed in the pyramid for burial.

There has been speculation about pyramid construction. 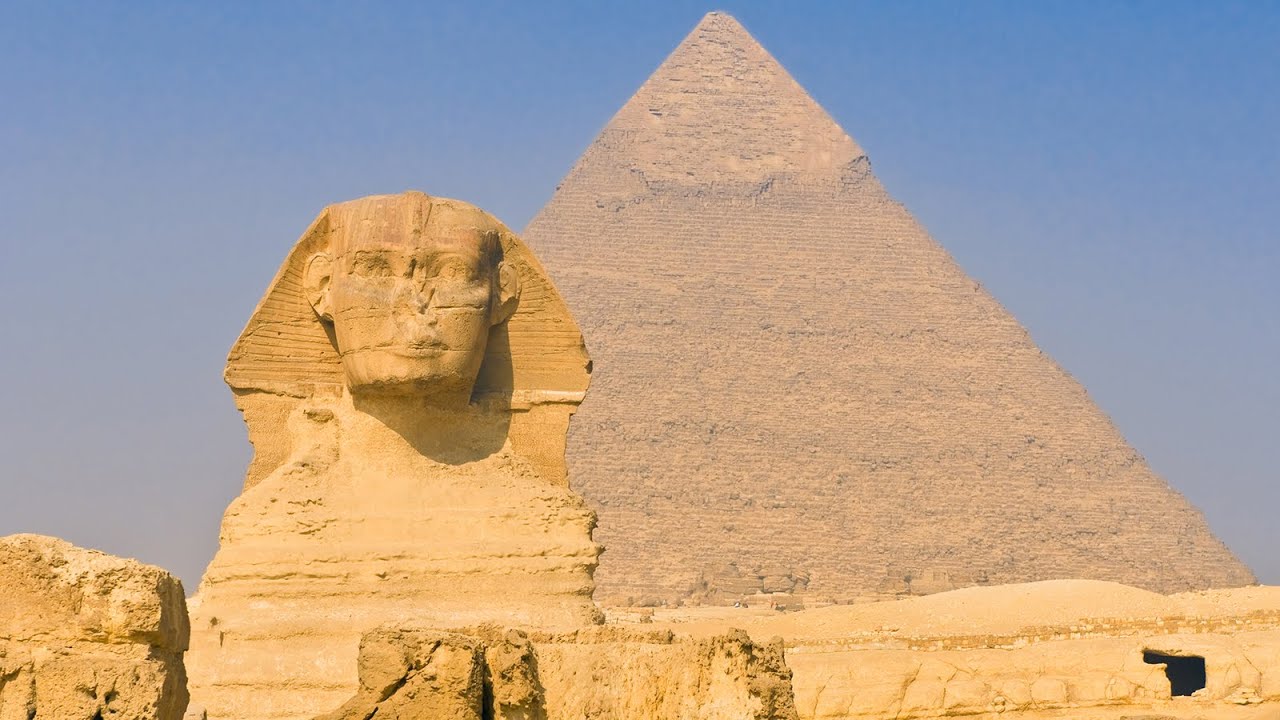 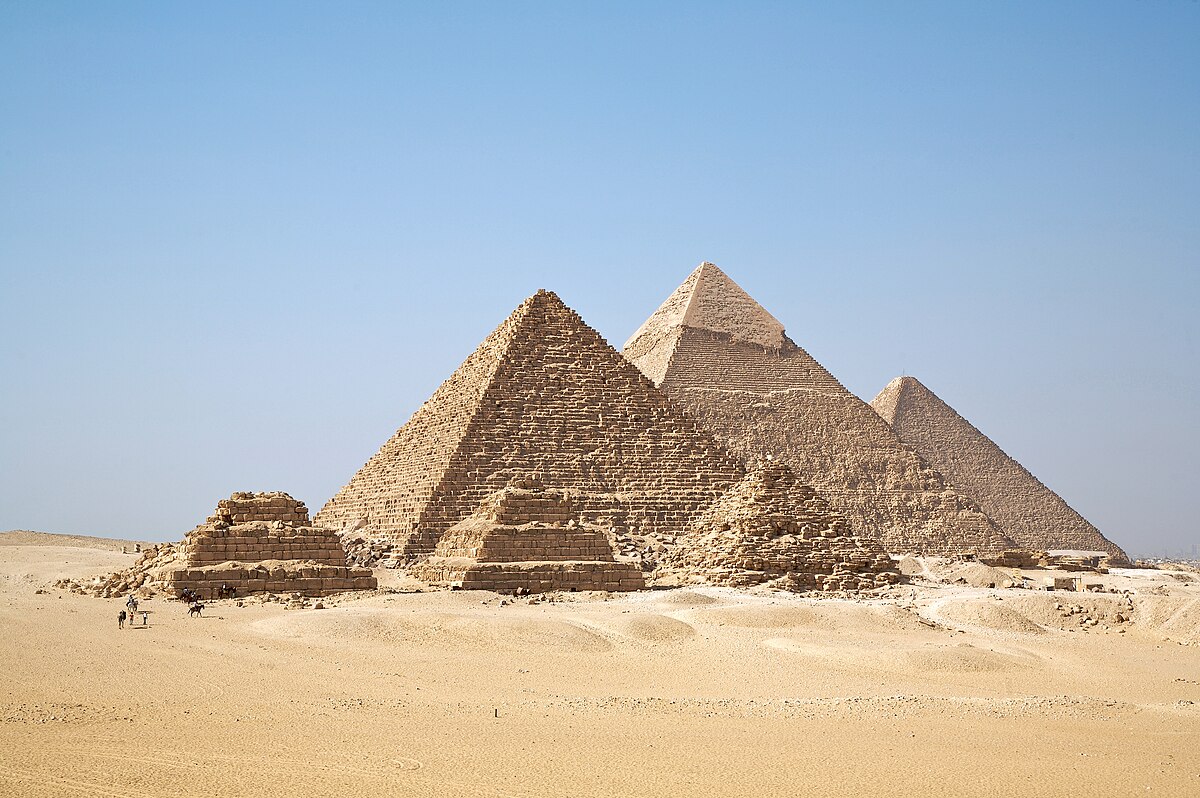